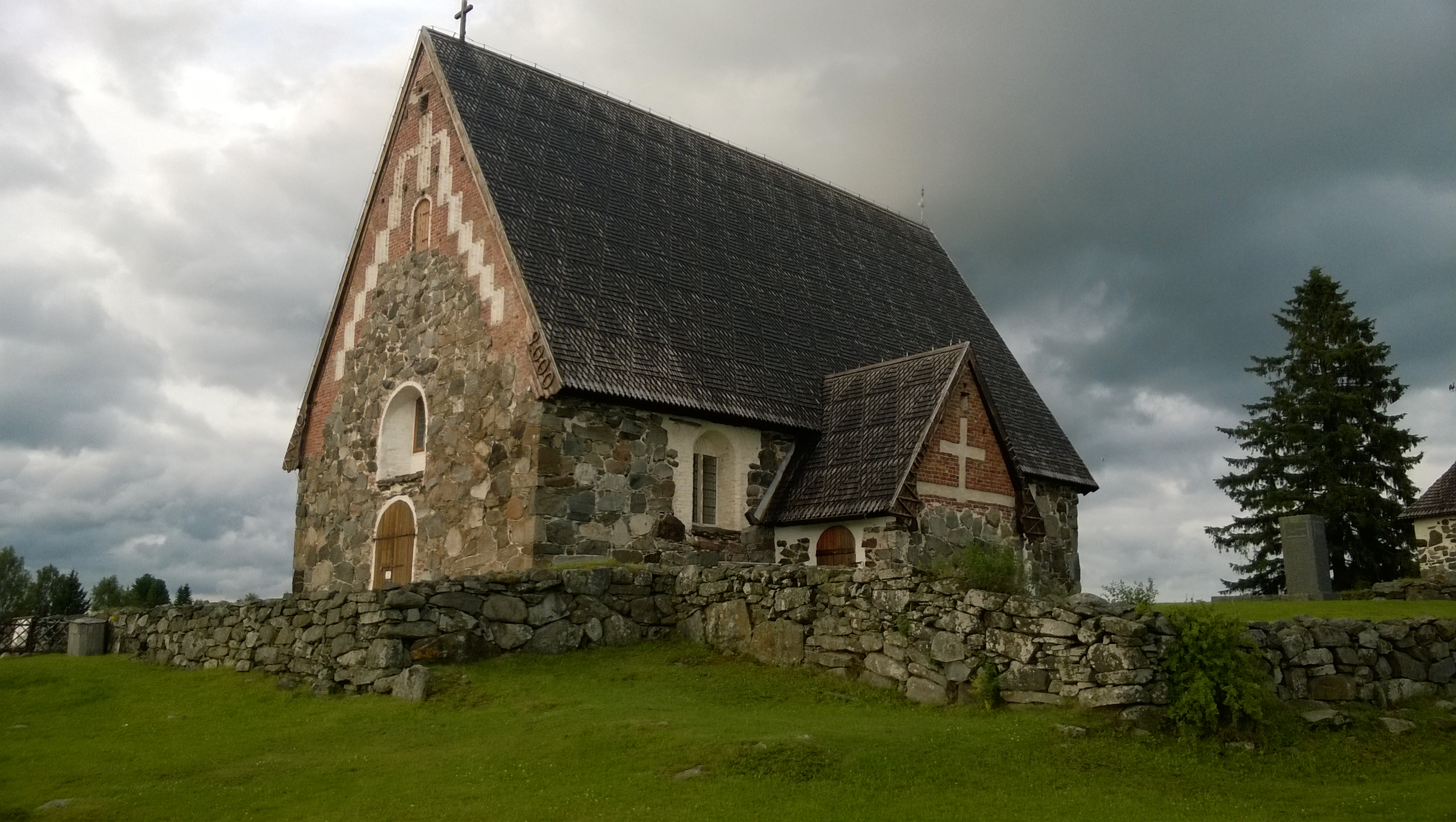 There are new and old, stone and wood-frame, modern and traditional churches in Finland that represent the variety of wood usage, each church in its own way.
This church in Central Finland in Tyrvää is a unique example in the combination of the above.
Saint Olav's church was originally built before year 1520.
Its latest reconstruction was finalized in 2000, after an arson attack in 1997.